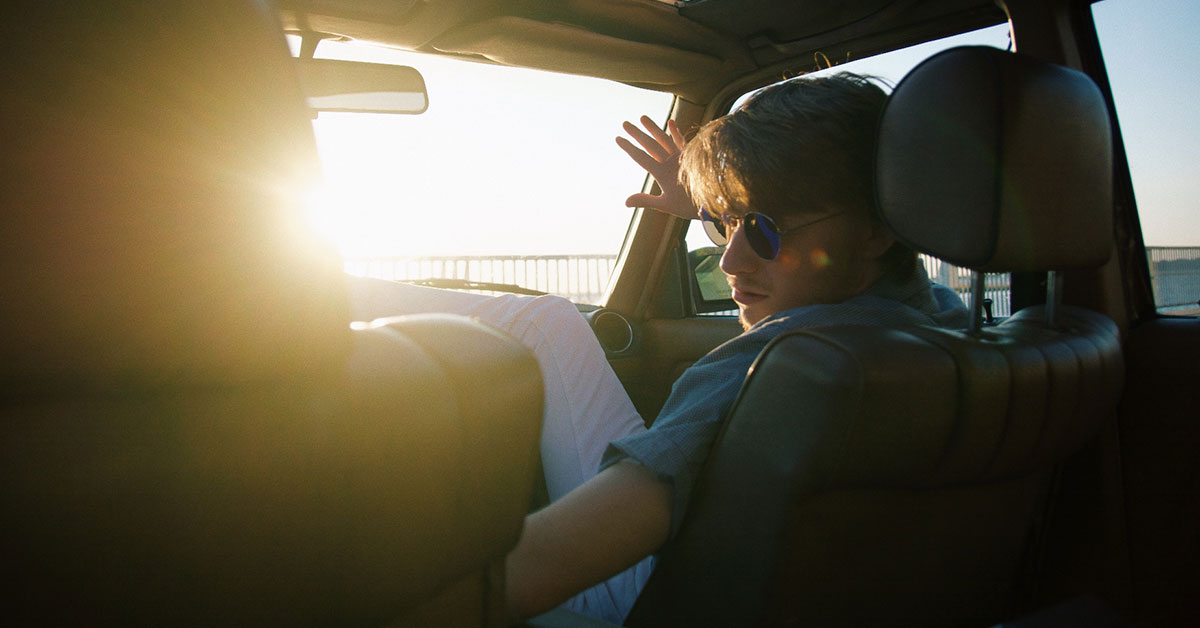 If you’ve been following the blog, you already know we’re a HUGE Indian Run fan. (And how could we not be?) We love all things rising indie, and singer-songwriter, multi-instrumentalist, and producer Indian Run hits the mark in every way: the layered sounds, the distinctive vocals, the eloquent lyrics, the authentic character, and the standout style. (We’re not just referring to musical style, either, but to visual style as well. Follow @indianrunmusic on Instagram, and you’ll see what we mean – the angles, the colors, the feels.) We released a full-length interview with Indian Run in mid-September, where we first learned that the new single “Been Alright” was in the works. Now that it’s released, we want to talk about it. With you.

Here’s why: We’ve all been there. (Hell, some of us may even be there NOW.) Acting like we’re ‘alright’ when in reality we’re struggling. Our outsides don’t always reveal what we’re feeling on the inside. Sometimes, the distance between where we are and where we want to be/thought we’d already be disheartens us. It’s easier (and often less painful) to tell people we’re fine, because then we’re not prompted to provide additional details. We buy ourselves a one-way ticket to wallow in whatever darkness we’re holding onto for as long we want.

The entire vocal delivery of “Been Alright” is transcendent, from the subtle but always present attitude to the mesmerizing revolving door of melancholy to the tallest, chilliest peak of track, in which that darkness is ultimately cast off: “This is where I draw the line. This is where I cut the string. I’m not hanging on. I’m not losing ground.” (Yeah, those last few lyrics settle it. See why we’re song-crushing so hard?)

We can’t seem to get enough of this bold, new track, so we caught up with Shane Becker (who is Indian Run) to learn more about “Been Alright” just in time for its shiny premier.  Our conversation appears below in a pure Q & A format.

How did “Been Alright” come to be?

Shane: The entire song was recorded in my studio over the span of about 2 years. Just me in my room, alone. I’ll be honest – I wasn’t sure if the song would ever be finished. Since I was only person recording and playing the instruments, it was easy for me to put things off.

I remember having this stuttered vocal idea in my head, and I wanted that to be the focal point of the song. Honestly, the song just came alive from there. I remember thinking that I wanted to make it simple and show a simple theme.

What is the song about?

Shane: It’s funny, I never really knew what the song was about until we filmed the video. My best friend Jonathon Chambers, who helps me with a lot of ideas for Indian Run, listened to the song and explained it in a way that just blew the idea wide open. “Been Alright” is basically about using your past mistakes and experiences to your advantage. They make you who you are. So many times I hear people say “I’m doing good” or “everything is great” even when they’re not. That’s what I’m basically saying in the chorus. When I wrote the song I wasn’t alright, but I was completely faking it to appear that I was. Not to anyone else’s fault but my own. I think I let my head get the best of me in everything I did, which left me feeling depressed.

As the song goes on you hear me basically saying that I’m not holding on anymore. I’m not going to let my head get the best of me. I’m going to take advantage of every situation and not fake how I’m feeling.

Watch the official music video for “Been Alright:”
YouTube: https://www.youtube.com/watch?v=27KsqpFc1FM

Read our recent, full-length interview with Indian Run:
“Indian Run Talks ‘Hollowbody Man, Gets Real About The Past, and Reveals What’s Next”