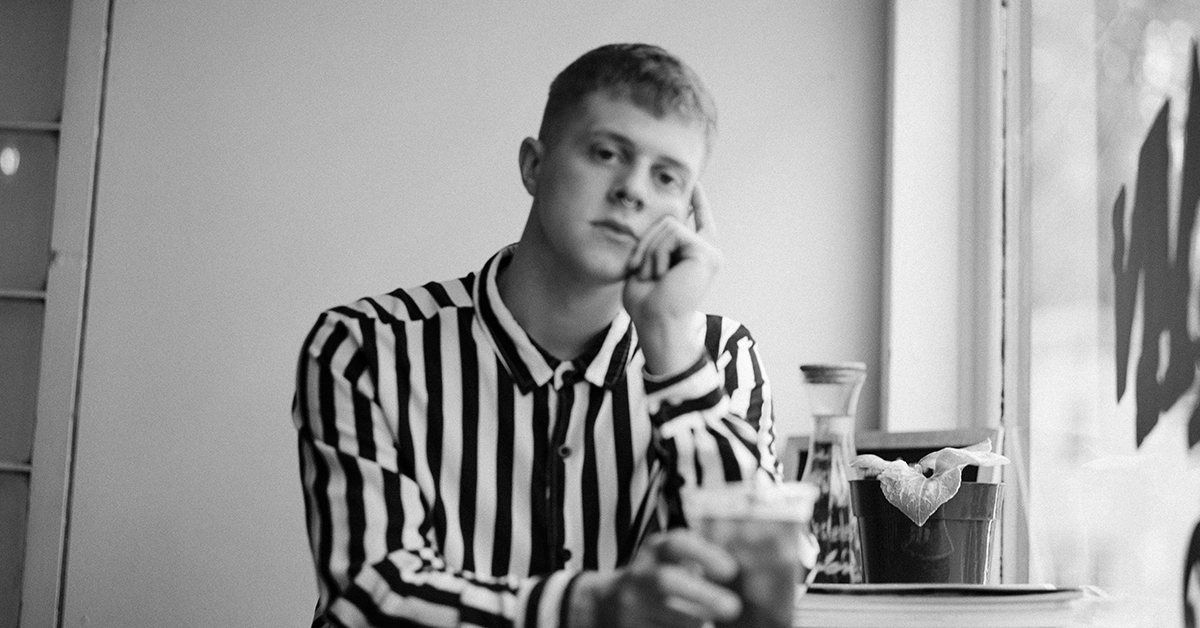 Posted at 16:08h in Artist Interviews by Ivy Cayden

My oldest niece is downright passionate about superheroes and the meaningful role they play in our society. (I’m not alluding to their decision to stalk the corrupt in dazzling, neck-to-ankle spandex—but I do count ANY inkling of body positivity as a win.)  “Superheroes,” Celeste coolly spouted on a recent, late-night call, “exist to call us to a greater purpose, to remind us of our inner strength and the necessity to stand up for those that are unheard, underrepresented, or oppressed—even when it might make us uncomfortable.”

In the blockbuster movies many of us adore (Iron Man + Pepper Potts forever), it’s usually pretty apparent who wants to hurt and who wants to help. Off-screen, in our daily lives, its not as obvious. Real superheroes do walk among us. (They’re just not always wearing spandex, and, sadly, some don’t wear spandex at all.) We have well-known figures fighting for large-scale issues like gender equality, aid for children in need, and environmental protection. We have swarms of people choosing to spread small acts of kindness wherever they can, paying it forward to send ripples of goodness around the globe. (Do something noble today.) And we have artists of every kind using their hands and their voices to sculpt powerful messages of deep emotion to inspire us, to comfort us, and to challenge our perspectives.

Indie-folk singer-songwriter and multi-instrumentalist Lane Simkins is one such artist who’s opted to use his platform to raise awareness for something greater: mental illness. In his latest release “Wretch”—which just dropped a few days ago—he heroically peels back his outer layer to reveal a most vivid and intimate struggle with panic and anxiety. These naked lyrics illuminate a common struggle, which has, for too long, held such a stigma that few people feel comfortable speaking about it at all—let alone so openly as in a song:

“And it was countless nights spent composing,
How I’d hide that I was vulnerable and broken,
How long till I stop convulsing?
I’m freaking out and I can’t catch my breath,
I’ll sleep alone and hope that I’ll find rest, this wretch…”

Now, you might be thinking, Okay, this is certainly noble and all, but why I do want to LISTEN to this song? Besides Lane’s strikingly angelic voice (which we’ve praised before) and the track’s gracefully understated, soul-soothing piano and acoustic vibes, this track would be an ideal addition to any number of playlists (for ex. Indie folk, focus/study, chill + unwind, ballet, inspiration/meditation, self-care, and more). Whether or not you personally wrestle with panic and anxiety, we can all relate to worries stealing our sleep and burying our inner emotions beneath our outer appearances. Yet, what I love most about “Wretch” is—even amidst Lane’s dim, palpable struggle and panic—there’s still a presence of light, a sense of hope. And he perseveres. (Listen + let it move you.)

In this interview, you’ll learn: why the dictionary is still useful; how Lane’s writing and recording processes for “Wretch” differed from his previous releases; the #1 thing he wants you to know about this single; who’s a part of his team and trusted inner circle; why he doesn’t sweat trends; what he loves most about being an indie artist; which artist and song inspired him to write “Wretch;” and where you can catch his show in July.

How did the idea for the song “Wretch” first come to you?

Lane: “Wretch” first came to me when I started going through my mental health problems. I just wasn’t really sure what to call it, so I looked up some words and came across “wretch.” One definition I found was “an unhappy or miserable person,” and another was “someone in need of saving.” The word resonated with me and it became the title of the song.

Can you tell us a little about the song’s writing and recording processes? Did they differ in any way from your previous releases?

Lane: Yeah, so the writing process for this one was definitely different. I had, maybe, a couple of lines written for a while that I’d go back and forth between. And I actually tucked it away for a while, because I was genuinely scared of the song. It felt very naked. After some friends encouraged me to keep going, I eventually completed it.

Since the songwriting was so raw, I got very particular with the recording. I tracked three or four times from front to back, then landed back at the original demo. And I decided to polish that up. Another way “Wretch” differs from my previous releases is that I managed one take for all of the instruments, including vocals. I brought in producer Sharon Byrd to assist with that, and she helped me bring some emotion out of it. I cried during the recording, because it was so real.

TRUTH: I cried when listening to the song the first and second times through. Can you touch on what instruments you played? Did you play all of them?

Lane: Yeah, I did play ALL the instruments on the track. I recorded the vocals, the acoustic, the bass guitar, and the piano.

How did you get yourself in the headspace to quickly transition from one instrument to another?

Lane: I think there is something about understanding where the song is within me. There are different aspects I want to play to. The headspace I need to get into is just understanding what role each instrument plays in supporting that story. Once I know that, it’s easier for me to communicate each part. I guess, being a musician, that’s the way my mind already thinks. It’s just another way that I make music.

What do you want fans to know about “Wretch”?

Lane: Hmmm, I think the #1 thing I want communicate is that “Wretch” tells my story, my experience with panic and anxiety. I want listeners to know that it’s a pretty common thing people struggle with. It’s real. And I want to take the mask off of mental health and anxiety disorders. Remove that stigma.

When did you first realize you were an artist?

Lane: Oh, man! That’s a hard one. I think I wanted to deny it for a while, because—at the time—I thought that being an artist meant having to be a bit more real with people and always having more eyes on you.

In general, I didn’t like music or writing until maybe the age of ten. Even at that point, I still didn’t want to be a writer, though. I saw myself strictly as a keyboard player. At fifteen, I started to venture into writing and realized there was some creativity in me.

Can you tell us anything about your team?

Lane: There’s a few people I want to mention. I work with a mix engineer out of Nashville, who runs a studio called Lost Harbor Music. He’s been super helpful with the production and mixing side of things (and he’s just an all-around great guy). For my mastering, I turn to Sam Moses, also from Nashville. He’s been very helpful with feedback and work on the mastering.

When it comes to the production side and the writing and recording process back home, I have several really talented, inner circle friends, who are artists and producers as well. A couple being Sharon Byrd, who did vocal production on this last track, and Shane Becker*, who helped me a lot with some past releases. I have a handful of other fellow songwriter friends that offer me excellent critiques and production notes, too.

I also work with a company that I had LLC’d this past year called MOTUS, who assist with the whole writing, recording, and releasing process. That team has been super helpful as well. I love all the people around me.

*If you’re an MMM fan, you may recognize the name Shane Becker. We’ve gratefully covered his craft several times in the past, and he’s best known to his listeners as Indian Run.

How do you manage to stay fresh and focused on your craft year after year?

Lane: That one is hard. I constantly feel like artists think they need to play catch-up with where the industry is going; but I don’t know how I feel about the whole idea of ‘staying fresh’. That sometimes takes away from the artistry. I think letting a song be what it is for the art that it is, whether it’s fresh or not AND being okay with that, presents itself in that fresh way.

What do you love most about being an indie singer-songwriter + multi-instrumentalist?

Lane: I love getting to work with all the people I do. Having a team around that supports and engages me in this work has been really great. It’s put me in a cool community and helped me meet a lot of people I don’t think I would have met otherwise. It’s taken me places. I’ve been able to travel—I enjoy that. And I love the genuine human connections made after playing a show or sharing a song. I get to hear people’s responses and learn about their stories.

Who was the last person or artist to inspire you? + Is there a related story you can share?

Lane: Yeah, the last person to inspire me was actually for this release. I don’t know if you’ve ever listened to Liza Anne, but she has this really great track “Panic Attack” where she describes—throughout the WHOLE song—her experience with anxiety. That’s what pushed me to write “Wretch,” because I thought, if this girl is bold enough to stand up and tell her story about her experience with mental health, then I should be able to tell mine, too. Liza’s ability to bravely and boldly release “Panic Attack” definitely inspired and encouraged me to share “Wretch”—and not be ashamed of what it is.

What are your music plans for the summer?

Lane: As far as new music, I’m actually laying pretty low for the rest of the summer. I have another release coming in a couple months, which will possibly be two songs instead of just one.

I do have a show on Friday, July 19th in Philly at Bourbon & Branch, which I’m really looking forward to. Come out to see me and the other great artists on the bill, Philip James and Watson Maack. (Buy your ticket here.)