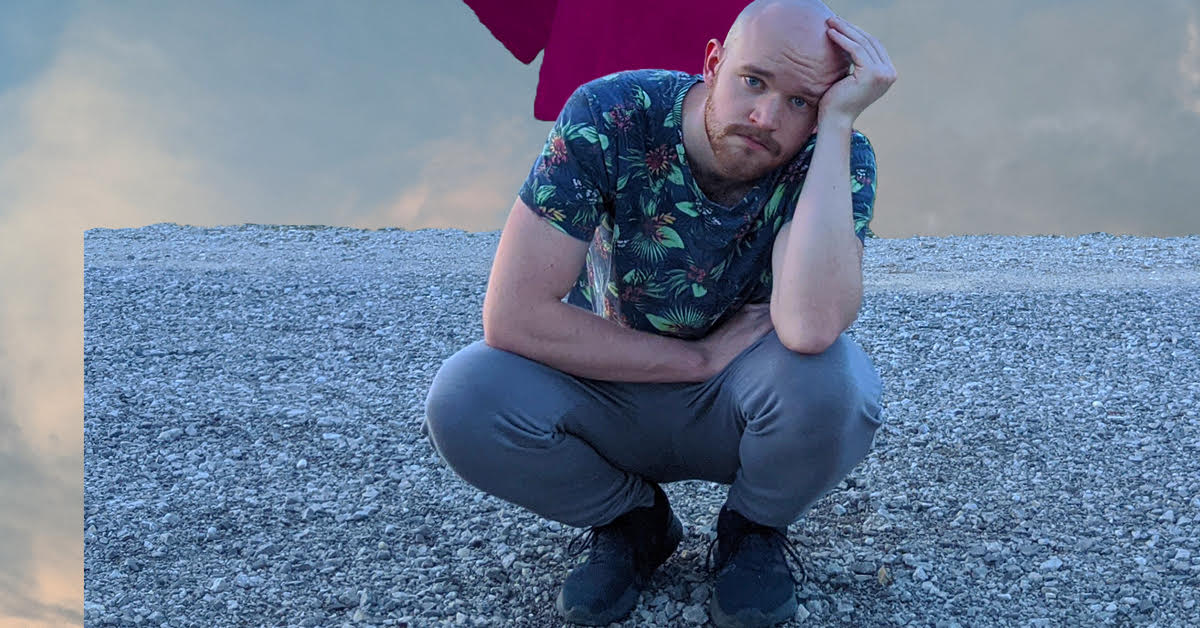 Posted at 01:48h in Artist Interviews by Ivy Cayden 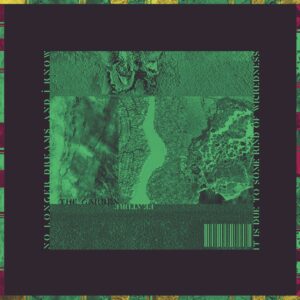 Mid-Michigan indie artist Aaron Mealey, recording under the name ARBO, just released a two-song EP, The Garden, which addresses the deep-rooted emotions he and many of us are experiencing due to the current pandemic and political climate: fear, frustration, and uncertainty about what’s to come. The good news: ARBO’s deliciously layered sounds and, at times, cloaked lyrics will make you feel anything but those exhausting, recurring emotions. “Feature” and “The Garden” will soothe you in distinctive ways. The electronic-folk vibes in “Feature” elicit a tender, modern tranquil feel, while the classically-inspired choral sounds in “The Garden” will sweep you centuries back in time—and then catapult you into the hereafter with a futuristic finish. (Yeah, these are not your typical indie tracks, and the two pair oh-so-well together.) Listen while you read + add these songs to all your forward-looking playlists.

In this interview, you’ll learn: why Aaron created and coupled “Feature” and “The Garden”; what emotions, experiences, and themes are stitched into these two tracks; how he describes the sound of these songs; a little bit about Aaron’s musical background; whether the story inside his other recent release—“To Be Honest”—is more grounded in experience or fiction; why Aaron doesn’t compare himself to other artists; which aspect of music making he feels most connected to; which artists he’s been listening to lately; and what’s next for Aaron and the future of ARBO.

What spurred you to create + couple your new double single release of “Feature” + “The Garden”?

Aaron: Both of these tracks were written and recorded rather quickly over the course of a couple hours (though mixing is my weak point and took another few months). ‘Feature’ started out as two chords and kept building over that. Then, I eventually decided I was done. ‘The Garden’ was written and recorded after a particularly frustrating day where I wasn’t able to get much done and kept getting distracted. Both of these songs are about frustration, fear, and uncertainty so they felt at home together.

Tell us about the tender, reserved emotions you stitched into “Feature”. + Who is the beautiful female voice singing along with you?

Aaron: ‘Feature’ is an existential song about the fear of moving on and the future disguised as a romantic song about losing someone. In reality, it’s about the fact that I (and many other people graduating this year) have no idea what’s going to happen in the next few years or if they’ll even be able to move forward at all.

There actually is no female voice singing along with me, every sound on every track is 100% me. The only exception is a few drum hits here and there. There are many times I add depth to a vocal performance by copying it and pitch shifting it up an octave or down an octave to give it more body. Other times, I’ll simply record multiple vocal takes in different octaves and that may be what you heard in ‘Feature’.

The opening to “The Garden” takes me centuries back in time yet the ending returns me past the present into a futuristic vibe. What can you reveal about the nature of this track and the surprising sounds listeners are treated to?

Aaron: I am so glad you mentioned this. I was a classically trained singer in high school and early college and most of my early experiences in music are from community choirs or solo vocal training. I’ve always wanted to write a choral piece and so ‘The Garden’ happened. After I finished writing/recording ‘The Garden’ I felt that it needed something else. The theme of the song is about trying to force yourself to create something and being unhappy with whatever you come up with. I was feeling frustrated and on edge that night so the lyrics in the end—“It’s somewhere in the garden. Beware the end. Fake flowers.—were written to feel foreboding and unsettling. After recording and processing them they actually started to make me feel kind of uncomfortable and a little nervous. I thought that sort of visceral feeling fit the vibe of the song and the theme of the song really well so I rolled with it. The process of writing the song was simply singing a main melody off the top of my head, singing a harmony, singing another harmony, and so on until I felt the song was built up to where I wanted.

Was it difficult to get these two new singles to sound as you had first envisioned them in-studio? (Please feel free to share any details about your writing + recording process + team here.)

Aaron: I wouldn’t say that I had a vision of the songs before I wrote and recorded them. For the most part, most things I write and produce are written and produced in studio simultaneously. This is actually a weakness of mine I’ve been meaning to address. I don’t tend to write music down before I record it, often making up lyrics on the spot. I think most of my music in the future will be written beforehand and then recorded. I think this is a much more traditional method, and there’s a reason it’s the way most people do it.

I don’t really have a team. The only other person I collaborate with on ARBO at the moment is my brother, Colin, who did the artwork for ‘The Garden’.

Without using typical genre tags, how would you describe the sounds of “Feature” + “The Garden”?

Aaron: I would describe ‘Feature’ as a crunchy-electronic folk-based song. The end especially has layer elements inspired by Bon Iver’s more recent music, which is often described as electronic-folk.

‘The Garden’ is a classically inspired choir piece capped with a kind of unsettling noise-music.

Your recent release, “To Be Honest” is such a sweet, indie acoustic track that really tugs at your heartstrings. Is the story you tell in this song more grounded in experience or fiction? + What do you want listeners to take away from this plush, retrospective track?

Aaron: This song is inspired by a relationship that ended a year or two ago. It’s mostly grounded in experience but it was so long ago it’s most likely inflated with time. Meant to be raw and honest, this track was written and 90% of the vocals recorded at 2-3am. It’s a song about past naivety and the fact that some feelings can feel silly in retrospect. It’s about realizing that I was young and no matter what you might expect from the future, it’s often very different. If listeners take one thing away from ‘To Be Honest’, it’s to be confident in how you feel. It’s alright to miss it in the future but you really should appreciate where you were at and where you are.

What is the best and worst pieces of artistic advice you’ve received to date in your indie music career?

Aaron: The best advice any artist can ever receive is not to compare yourself to other artists. It will always make you feel worse about yourself and your work. ARBO was born out of a moment of realizing whatever I make is the best I can do at that time and that’s good enough.

I don’t think I’m able to speak on the worst advice. Advice that’s horrible for me might be perfect for someone else, it’s all relative.

Has the way you create and record music changed as a result of the pandemic?

Aaron: It hasn’t changed much for me, everything I record is with my personal setup in my room. In the process of creating or making music, I used to spend a lot of time hanging out and singing with a friend of mine, but—due to the pandemic—there isn’t really any way I can collaborate, which is a huge bummer.

Which aspect of music making do you feel most connected to?

Aaron: I love sound design and writing vocal harmonies. I love sound design because I love making sounds no one has heard before. I mean, what’s the point of creating if you’re making exactly what everyone else has done? My main goal with ARBO is to create unique sounds that you can’t hear elsewhere. I still have a long way to go but I think I have a knack for making new and unique things.

What other artists have you been listening to lately?

Aaron: Bon Iver is what’s been inspiring my sound design and harmonies for the past few years. Lyrically, and this doesn’t necessarily show in ‘The Garden’, I want to be able to write like Phoebe Bridgers someday. Her lyrics sound like someone just telling you a candid story but with a wonderful, evocative, poetic framing. My all-time favorites also include Mumford & Sons, Jim Croce, Jacob Collier, Billie Eilish, The Republic Tigers, and Carpenters.

What’s next for you and your music?

Aaron: I’m trying to find what sounds comprise ARBO. If I’m being honest, some songs currently released under ARBO might not be there in the future if they aren’t in line with a style I’ve found. I feel like I’m getting close with music I’m writing currently. I have probably 15-20 in-progress songs—a few of which are exactly where I want to go. I think ARBO is leaning towards a neofolk base with some industrial inspirations though I’d love to keep a lot of the sounds feeling organic and smooth. Outside of ARBO, I would love to release an acoustic-folk EP and a pop-rock EP inspired by The 1975 and Walk The Moon. After I graduate, I hope I’ll be able to dedicate more time and money to my musical projects and continue to grow creatively forever. I think ARBO is something I’ll keep around my whole life, no matter who does or doesn’t listen.