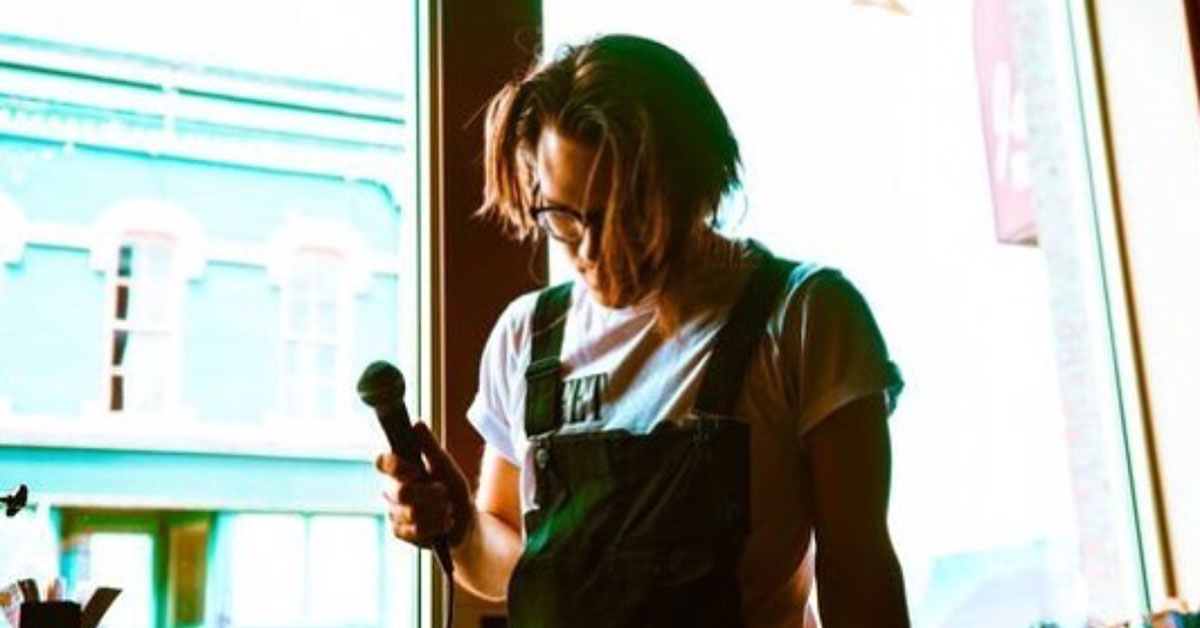 07 Dec YOUNG RITUAL BREAKS DOWN HIS DEBUT EP, YOU CAN BE BEAUTIFUL, TOO

Posted at 18:56h in Artist Interviews by Ivy Cayden

Young Ritual, the Mid-Michigan based Indie-Alternative solo project started by singer-songwriter Dylan Grantham, *just* dropped his debut EP, You Can Be Beautiful, Too, and we’re ALL ABOUT celebrating this milestone. (Listen while you read.) If you’ve been following the blog, you already know Young Ritual has sparked our attention (and playlists) for months. I mean, this marks our THIRD post with Dylan this year! (If you’re like some people I know—*clears throat*—and prefer to work in chronological order, first read our mini-post about “Prime,” Young Ritual’s reflective and repeat-worthy first single, which hit us hard at the end of August, and THEN read our full-length from November, where Dylan not only discusses his piercing yet alluring second single “Rosary” and its accompanying darkly intimate music video, but also shares a wealth of artist secrets.) In this new installment, Young Ritual breaks down his whole five-track EP for us by song.

We hope you dig this special inside look at Dylan’s fittingly self-proclaimed “Americana from the basement” and, afterwards, cordially invite you to shake up your playlists with some shiny new Young Ritual.

Dylan: I’m really attached to this opening track, which I wrote a little over a year ago. “Father/Son” has become an opener to any set I play. When I perform it, I first create a loop of the music and then set down my guitar, so I can wander around the crowd a little bit. I find that it makes people a little uneasy, but it’s also humorous. The audience tends to laugh at me as I walk around, being theatrical, while I sing these actually heavy lyrics about family.

Dylan: “Rosary” is about confronting vanity, and it’s about confronting beauty. It’s about burning away the shame attached to the meaningless. The “Rosary” music video (shot by Director/Cinematographer Mathew Pimental) is definitely worth checking out, because I don’t think it’s what’s expected from someone like me who makes music that people consider to be indie/folk/Americana. (Watch the “Rosary” music video.)

Dylan: This is the only song on the record that is somewhat political. It’s kind of a piece on apathy, and kind of a piece on how wealth gives the illusion of importance in America. It’s as if wealth means safety, potential, and a spot at the popular table. Genesee County is where I live, and Flint, MI, is a fundamental piece of it. This is me writing about the economic divide in places like Flint. The track was also recorded with just one mic because I wanted to give it a really lo-fi vibe.

Dylan: “Prime” was born after a long night in Lansing, Michigan. It’s a rumination on being young, and the revelation that time is fleeting. One interesting thing about “Prime” is that I wrote it at such a specific time in my life, where I just felt like nothing was panning out for me—especially musically. I felt like, Oh, I’m just one of those people that WANTS to do this, but won’t ever GET to do this.

Dylan: “Sing Along” is a song that I wrote extremely quickly. I used to work a side job where I set up tables and chairs for events, and I was just feeling that I was extremely low on the food chain all of the time. One night after a set up, I sat down at the piano in the room and wrote this in a very stream of consciousness style. When I write, I record a voice memo on my phone for reference, and the voice memo had such a charm that I ended up using it as the final track. Jake Rye and I loaded it up with tons of ambiance, and the rest is history.

How do you feel about the EP as a whole, now that it’s officially released?

Dylan: It’s been a really wild year for me. I’ve met the most talented people I’ve ever known, I’ve been so fortunate to see Young Ritual growing, and I’ve worked so hard on this dream. I started You Can Be Beautiful, Too in January of 2018, and I can truly say that making it is one of the hardest things I’ve ever done. Every song reflects how I’ve been feeling, and I will stand by these songs no matter what.

BONUS: You can hear ALL the Young Ritual tracks + what Dylan’s currently vibin’ on by listening to this exclusive Spotify playlist: MMM: Young Ritual